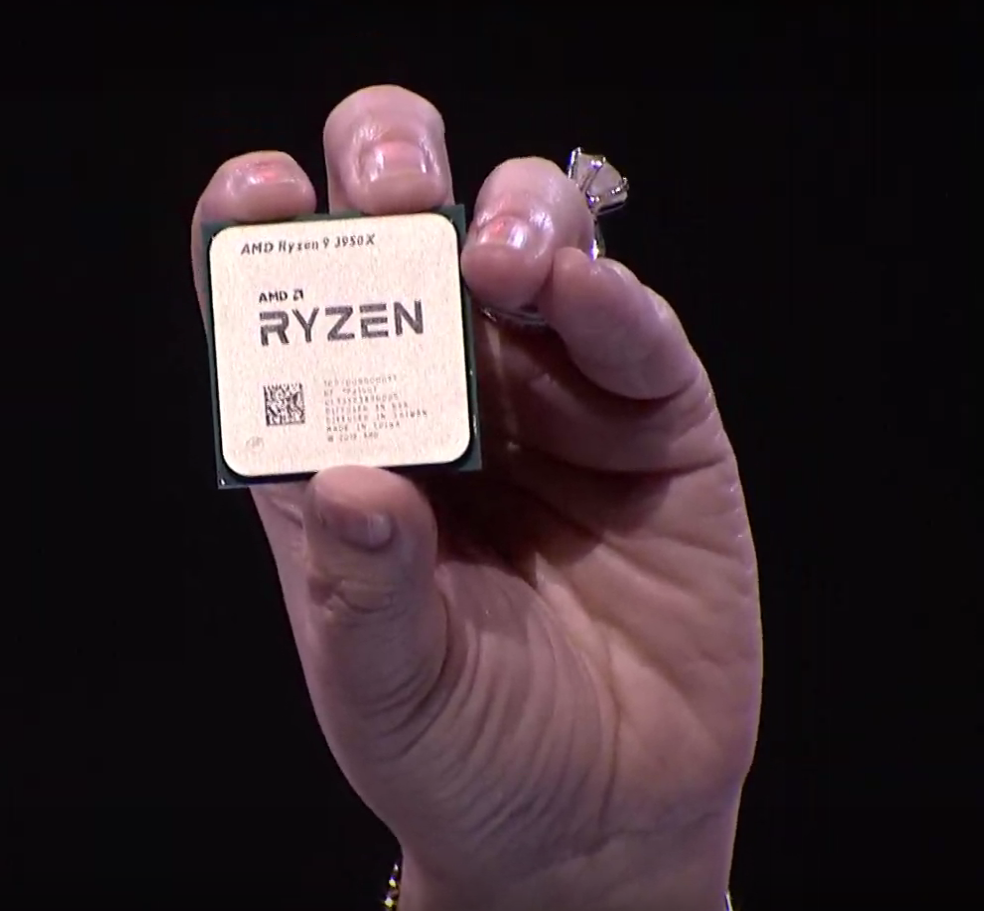 Early this morning, or I suppose late yesterday in other parts of the world, AMD finally revealed all its new CPU lineup as well as the first GPU’s with its new RDNA architecture. So we have quite a lot to discuss today. But let’s start with specifications, and I’ll not wait till the end to tell you that there is, in fact, a 16-core 32-threads CPU in there. You probably already know about the reaveal of the 12-core model and now we have a 16-core. But here is the lineup:

One thing that should be noted is that all of the Ryzen 7 and Ryzen 9 processors come with Wraith Prism RGB cooler, that is quite visually impressive and efficient.

All of the above processors support Precision Boost Overdrive, AMD’s automatic overclocking functionality in the presence of a good cooler and mother boards.

The last 2 processors are not based on the new Zen 2 architecture and don’t use the 7 nm. TSMC process, but are just a refresh of the Raven Ridge APU family, that now incorporates Zen+ architecture and uses 12 nm Global Foundries tech process.

– Ryzen 3 3200G – the last member of the Ryzen family has again 4 cores, but this time SMT technology is disabled, leaving it with 4 threads, and the iGPU is Vega 8 with 8 compute units. The clocks are 3,6 GHz base, 4 GHz boost, and 1250 MHz on the integrated graphics core. TDP is still 65 W, comes with Wraith Stealth cooler and is prices at just $99.