The new Intel 10th generation Core processors were announced by Intel on 30th April and started selling on last month. This family is still using the now starting to get dated Skylake architecture, with the changes on hardware level being just fixes for some of the hardware vulnerabilities that were discovered in the recent years and adding new cores. And it is still produced on the now quite… let’s say mature… 14 +++++++ nm technological process. The top model of this generation, the Core i9-10900K (not to be confused with Core i9-10900X!) now has 10 cores and 20 MB of L3 cache. The 8-core part of this generation is the Core i7-10700K, which is basically the Core i9-9900K. And one major difference for the generation as a whole is that almost all of the models now have active Hyper Threading technology (only Celeron models lack it) , finally giving parity on core and thread count with AMD Ryzen models. That is with the exception of the top models, Core i9, which still have 2 cores less against the Ryzen 9 3900X and whole 6 less than the best AMD desktop model – Ryzen 9 3950X.

The Core i9s and Core i7s differ from the rest of the stack by the addition of DDR4-2933 memory support as well as the new boosting technologies – Turbo Boost Max 3.0 and Thermal Velocity Boost. The first one designates the 2 best cores in the chip and gives them additional 100 MHz boost in single core mode. The second one adds thermal performance constraints in the equation and if the temperature is below certain threshold (in this case 70oC) allows additional 100 MHz single core boost and if there is available power budget – up to 4,9 GHz boost on all cores. In the case of the top dog, Core i9-10900K, that means that the regular Turbo Boost 2.0 technology allows for 5,1 GHz single core boost, Turbo Boost Max 3.0 upgrades it to 5,2 GHz, and finally Thermal Velocity Boost gives you maximum of 5,3 GHz with 4,9 GHz all core boost. Additional boost tehnologies and more cores means that new processors need higher boost power budget and the TDP of the unlocked Core i5/i7/i9 (the K marked ones) is now 125 W with maximum power in turbo mode respectively 182/229/250 W! Yep, 250 W of power for the Core i9-10900K which it can hold for up to 56 seconds. At least on official Intel specification, which is a “bit” more than the older recommendation of 25% more for the turbo state. That one is still valid for the other models, which keep the 65 W specification.

But we are talking about a new platform also, as the 10th gen processors can’t be slotted in the old LGA1151 motherboards. And this time we have physical changes on the socket, dubbed LGA 1200, which has, surprise, surprise, 1200 pins and different key notch. So you need new motherboard. And for that we have new chipsets. Originally only boards based on the Z490 chipset were available which is to be the only one unlocked for overclocking. But now boards with H470. B460 and H410 are starting to hit the market too. And the differences of Z490 with Z390 are almost negligible, basically only the inclusion of Wi-Fi 6. Still we got our hand on one of the cheapest Z490 originally. In this case it is Asrock Z490M Pro4, which is on the lower range of Asrock models. What makes a big impression on that board is it’s 10 phase (manufacturer declared) VRM design and the MASSIVE aluminum heatsink for it, probably so it can sustain the 250 W for the Turbo load of Core i9-10900K. 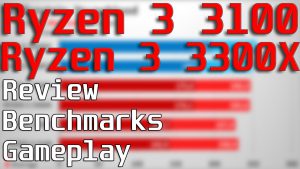