Today we are reviewing the Ryzen 3 1200 processor. Why are we reviewing it now when it is almost 3 years old model? Because it recently got a new revision, the so called Ryzen 3 1200 AF . What is different about it? It now uses the newer 12 nm Zen + silicon, instead of the original 14 nm Zen. What are the benefits of it then? First of all, you get the benefits of a Zen + core updates – 3% better IPC, Precision Boost 2, faster L3 cache, and a higher quality memory controller that can run at higher frequencies, although official support remains the same – DDR4-2667. Particularly important is the Precision Boost 2, since the original Ryzen 3 1200 uses the older version, with specifically described boost states, and for this model it even lacks an All Core boost state. For single-threaded load, the processor runs at 3.4 GHz + 0.05 MHz XFR if cooling allows. And in any other case it is nailed to 3.1 GHz. Precision Boost 2 allows the processor to move across the entire range between those frequencies as required. What’s more – we not sure how much of a firmware problem for the Asrcok X370M-HDV motherboard used for the test, or the new revision feature, but we really didn’t see the AF version go below 3,45 GHz at load. So just from better clocks you can get easy 10% better multithreaded performance.

How can you check if it is the new revision? By the Part number on the box or the so called OPN number written on the processor itself. You need to look for the box label Part #: YD1200BBAFBOX, while for the old model it is YD1200BBAEBOX. On the processor, however, the inscription is YD1200BBM4KAF for the new model while for the old one is YD1200BBM4KAF. Many online stores have already learned and published at least Part # value, so you can easily differentiate them.

There is one other hidden surprise in this CPU. After seeing the test results, we was surprised that in some games there is a massive gap over the old model. And we decided to dig a little more. And it turned out that at least my processor uses just a single, fully enabled CCX (4 cores, 8 MB L3 cache), instead 2 half CCXs (2 times 2 cores+4 MB L3 cache) as in the original. And this is obviously a huge benefit to gaming, since communication between CCX takes around 2.5 times more time than inside CCX. Also, using a single L3 cache in a single CCX also means that the effective L3 cache size may be a bit larger, as there is a chance of duplication of data on two separate blocks.

Finally, another benefit of the Ryzen 2 1200 AF. Officially, the X570 based motherboards do not support the original Zen models due to the (alleged) lack of place in UEFI chips. However, the Ryzen 3 1200 AF is a Zen+ model, which means that it will work with them, making it the cheapest processor supported by the X570, since Athlon models are still based on the original 14 nm Zen architecture. So if you find yourself in a theoretical situation that you need a processor to temporarily fill the X570 motherboard, you’ll only have to spend about 60 bucks instead of about 100 for a Ryzen 3 3200. The downside, though, is that you don’t have embedded video.

Since we decided we couldn’t help but check how the overclocking potential is, we decided to use a slightly better cooler than the box model, namely the Chinese Snowman M-X6, which we got for about $ 16 with delivery. Unfortunately, our hopes of at least 4 GHz quickly evaporated, making it impossible to achieve stability even with 1.425 V. The clock speed hits a hard wall at exactly 3925 MHz with 1.35 V, tested in Prime 95 SmallFFT. Even 75 mV more don’t allow it to move even 25 MHz upwards, while keeping stability. So final overclocking results is 13.7% increase over the standard (?) 3.45 GHz. 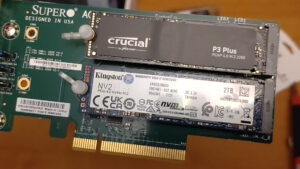